Facebook are essentially selling you a dead parrot. Cue the Monty Python meme... 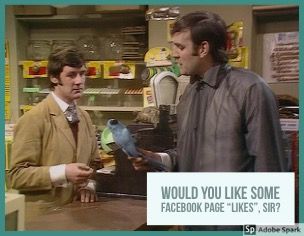 What does that mean exactly? For a quick recap in case you haven’t been pouring over my blog posts... or indeed any reporting on any social media at all, like those people who have been living in mine shafts for example, Facebook have been systematically throttling the organic reach of Page posts meaning that all the people who who have opted to “like” your page, presumably because they are interested in your art and want info from you, don’t. Or at least very few of them do.

I have noticed a massive drop in reach and engagement on posts over the last year. We were actually getting more interaction and reaching more people when we had about 2/5 of the following than we do now. There is obviously more competition now and there is only so much timeline space, that’s also a factor but Facebook have been restricting who sees your stuff regardless of the fact people actually asked to do so.

So, the other day I was looking at my page and was presented with this attempt to get me to spend money on something I know is and they are even telling me, is increasingly worthless: 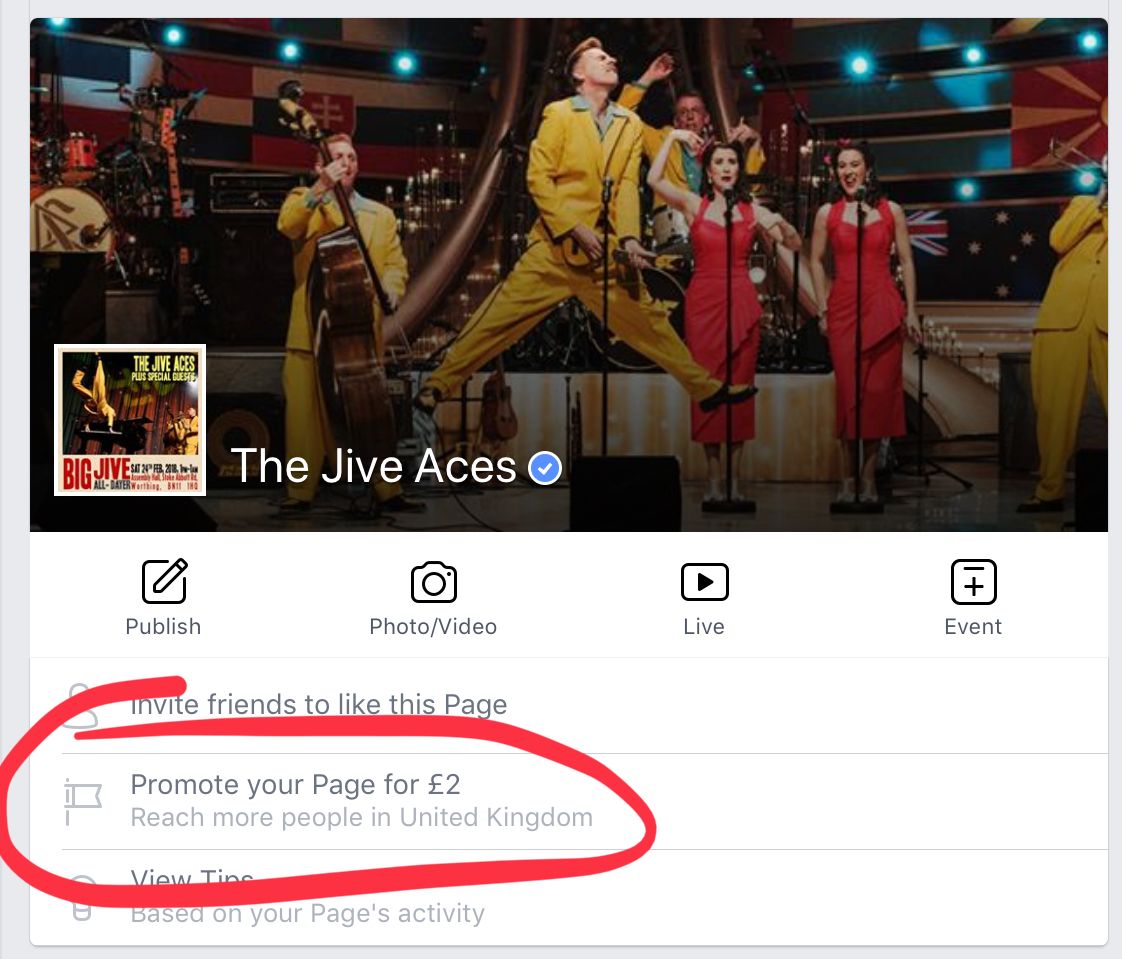 I thought “sod it “ and chucked a tenner at it and set it to the minimum spend of £1 per day with all the relevant targeting to make sure I was reaching likely candidates and also set it to only the UK and the USA as that’s where we tour the most and let it do its thing. The least I would get is a few more fans and a blog post so you’ll know exactly what you get for your money in case you were curious.

So here are the results: 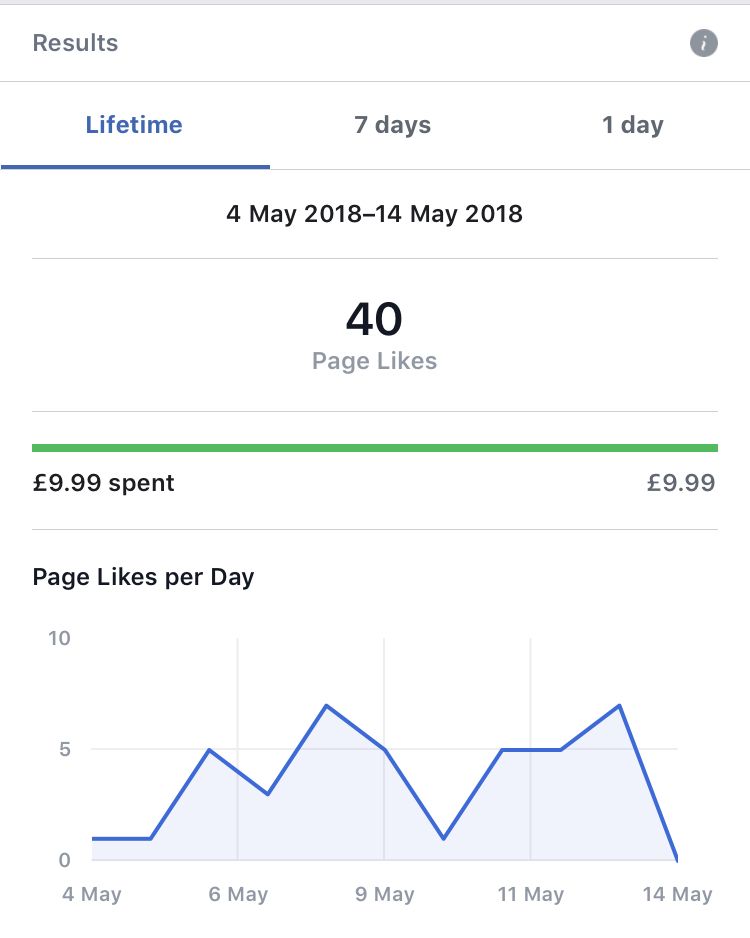 Next take a look at the next set of statistics: 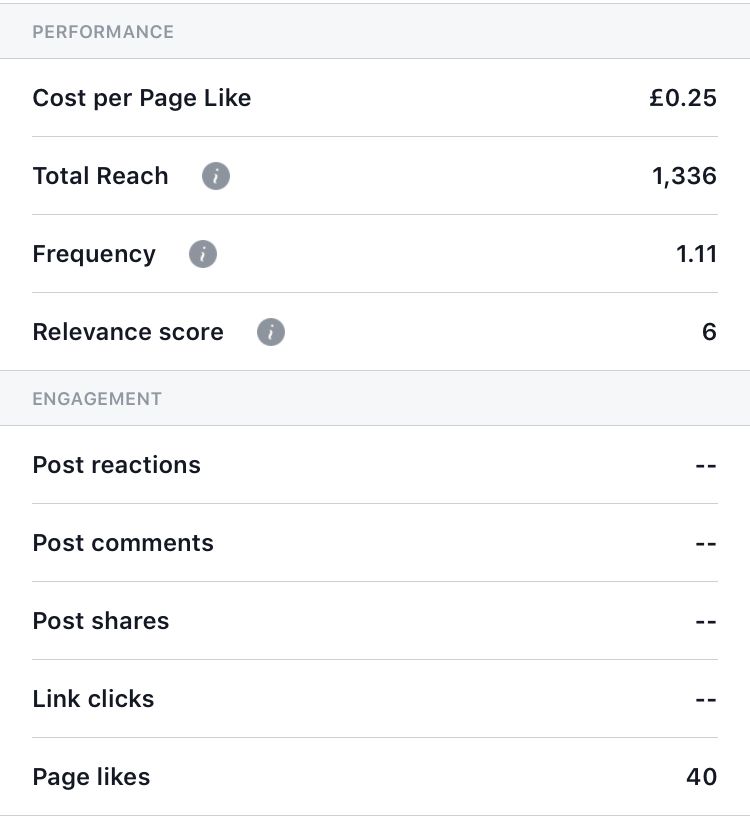 This tells me that there was no other activity other than the likes, that it showed the ad to over 1300 people that that I had a mediocre “relevance” score out of 10. This is odd because when I use almost identical demographics on my other Facebook ads I usually get a much higher relevance score around the 8 or even 9 mark sometimes.

In conclusion I won’t be doing this again but it did satisfy my curiosity. I do know one person who has spent a considerable amount of money on Facebook to build up his audience, which he has, only to not be able to reach them.

So, if you are thinking about it, don’t and then read my other blog post on what to do instead HERE.