Announcing - The Roots of elvis - one-off show in London, Oct 16

We are premiering a new show at the Upstairs at the Gatehouse Theatre on Sunday 16th October at 4pm. Space is limited so book quickly. Here is the official blurb below.

The Jive Aces are the UK’s number one Jive and Swing band. They met and came together with a common love for American roots music; jive, swing, jazz, blues and rock and roll. When asked in interviews how they came upon and got into this genre of music as teenagers in southern England they always tell the same story - that it was through the door opened by Elvis Presley, the King of Rock and Roll. Loving the music of Elvis they quickly learned of his influences such as blues singer Arthur Crudup who wrote and recorded the song that became Elvis’ first hit record, “That’s Alright Mama” and dived back into time and into the rich melting pot of music that foreshadowed and became Rock and Roll.

While their peers danced to disco, punk and hip hop they listened to early Rhythm and Blues, jive, hillbilly, gospel and vocal groups and soon started a band playing the music they loved on a mission to spread the spirit of this upbeat music across the country. So this is not a tribute show but a labour of love, as the Jive Aces go back to their teenage years to shine a spotlight on the music that is not only their roots but the very roots and inspiration of Elvis and the original rock ’n’ roll movement which itself was the river that lead to soul and rock. Relax and drift back to the America of the early 1950s and soak in the sounds that inspired the King. That is if you manage to restrain yourself from getting up and dancing. 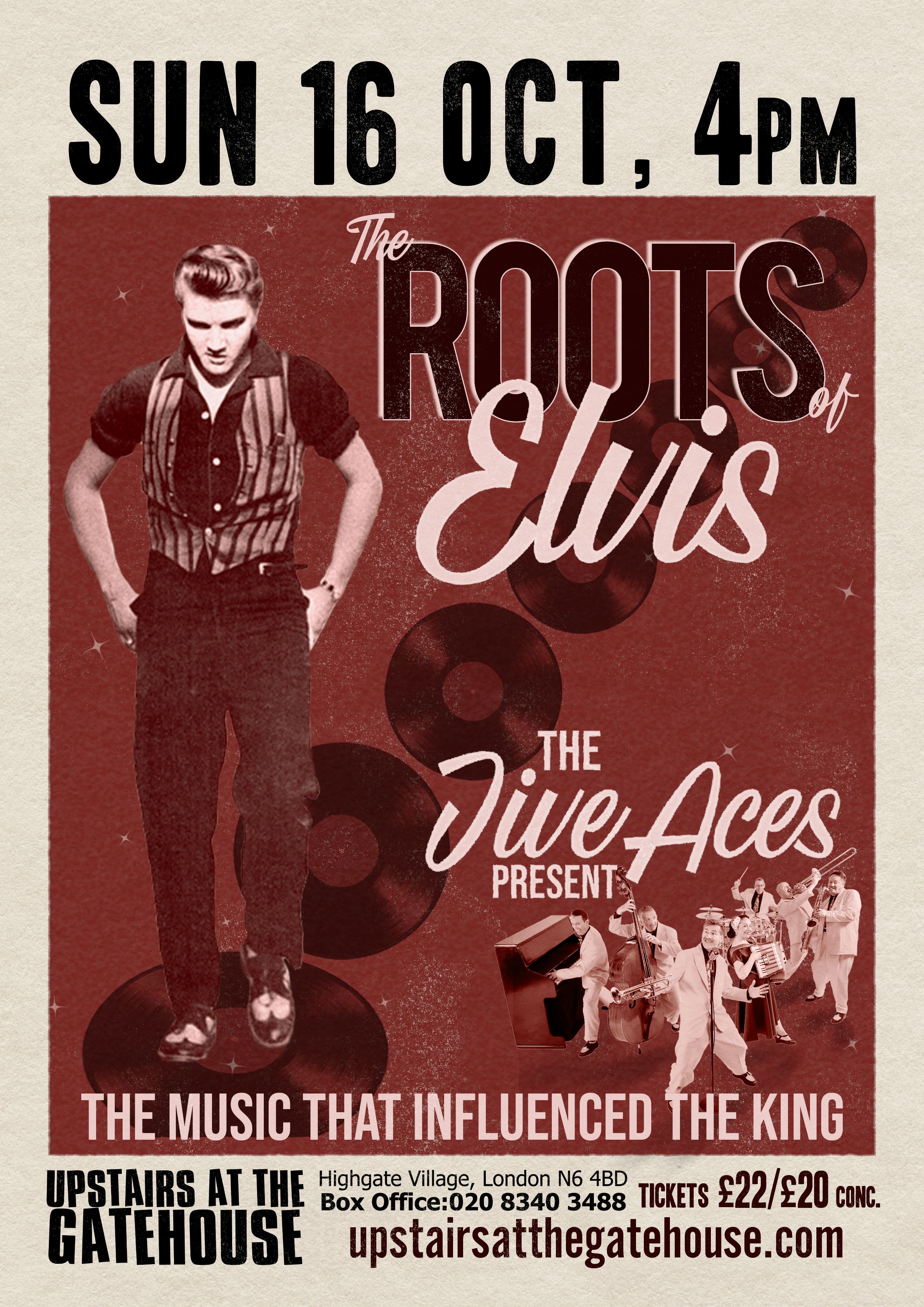